When the people are the story, they set the background. 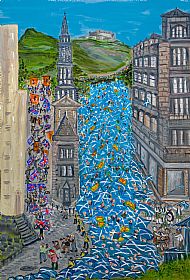 THE MARCH
In Autumn 2019 there were marches in many parts of Scotland in support of the independence movement. Counter protests appeared, carrying Union flags, and sometimes there was an "Orange Order" element with them. The press watched the counter-protesters closely, until the sheer numbers on the Yes Marches overwhelmed the streets.

ELDER LEMONS
The Elder Lemons title comes from a folk tale about the older members of a tribe making way for the young. This is a group of publishers of long experience, who gather regularly, with a younger lemon in their midst. 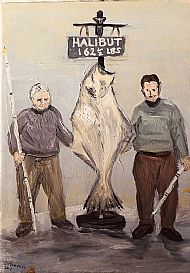 THE CATCH
Proud fishermen in a place and time where fish had plenty of food and few predators. Orkney